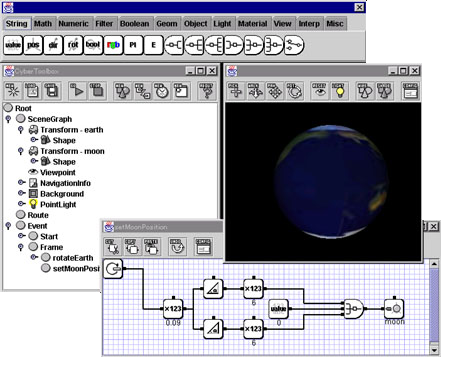 The CyberToolbox is a Java version of CyberToolboxForWin32 using Java3D, and it is a first prize winning entry in the Java 3D programming contest which was held from March to July 1998 🙂 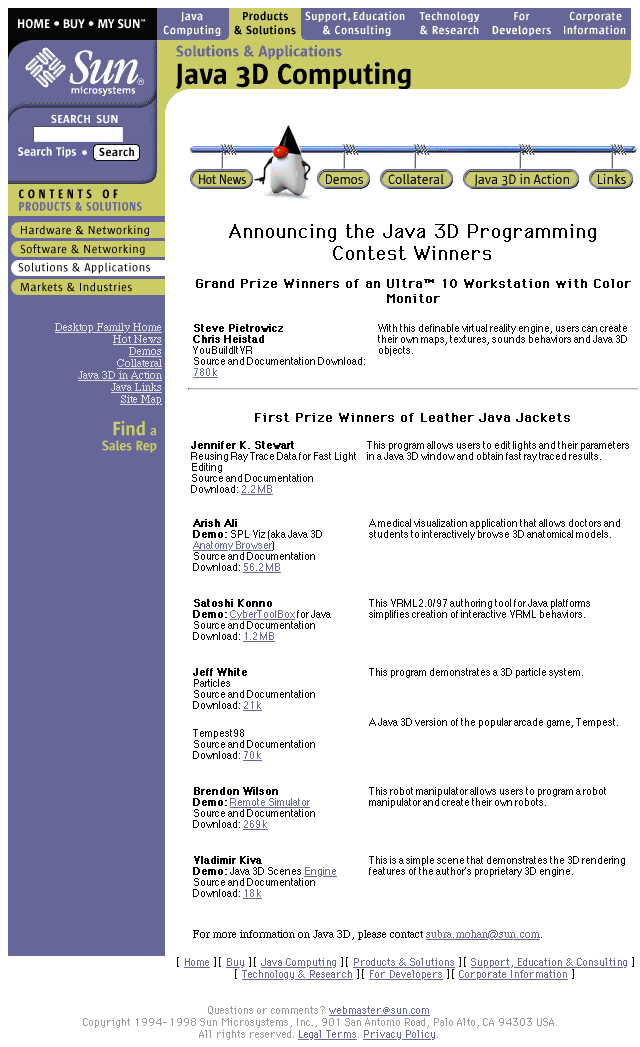