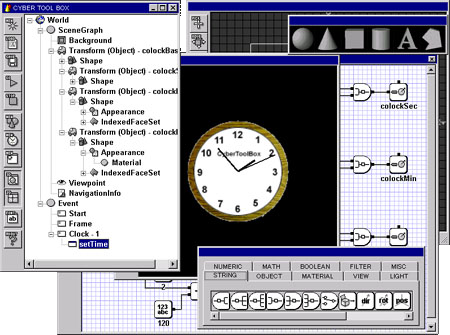 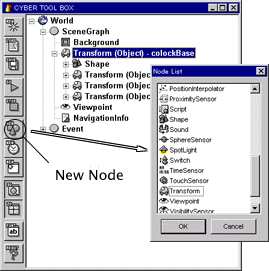 The CyberToolbox has many modules that are defined useful tasks. The window is a workspace which you can create behaviors using the moduels. You can create good behaviors only to connect the modules by data-flow lines using a mouse. 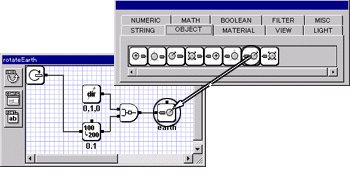 The CyberToolbox has a simple modeler. Using the modeler, you can see the world by a plane view, add new objects, edit the objects. 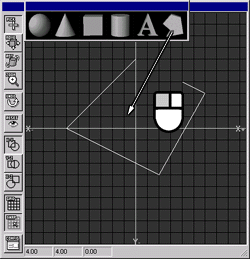 Because contents which are created using CyberToolbox is saved into a standard VRML97 file with some Java class files which are used to run the behaviors, everyone can see the contents using general browsers, Microsoft Internet Explore or Netscape Communicator, with VRML plug-ins. 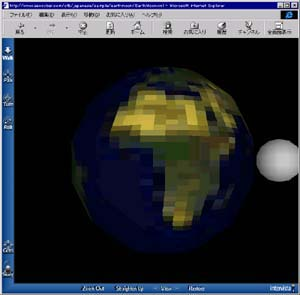 I have developed CyberToolbox with CyberVRML97ForCC. If you have any interest in VRML application developments, yon can get the information in more detail from here.

The sample has two objects, a earth and a moon. The earth is rotated around the midpoint, the moon is rotated in the earth. 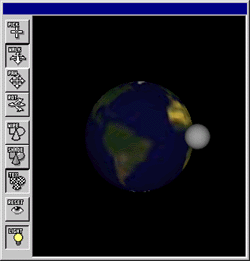 The behavior diagram of the earth is bellow. The diagram is executed when a frame event is generated, and the earth is rotated around a y-axis in the world using the frame number. 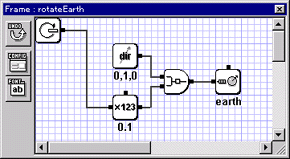 The behavior diagram of the moon is bellow. The diagram is executed when a frame event is generated, and the moon is moved around the earth using the frame number. 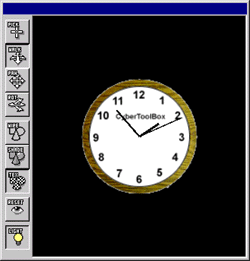 The behavior diagram of the clock is bellow. The diagram is executed when a frame event is generated, and the clock objects are rotated around z-axis in the world using a current system time. 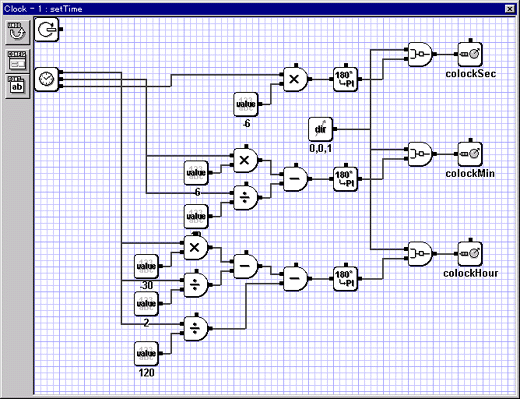 The rotation angles are caluculated in the diagram using the following algorithm.