Recently, I bought some boards of Raspberry Pi 2 Model B to build the cluster in my home. According to some preceded papers, the performance is about ten percent of the general x86 server clusters.

In order to obtain the same effect as data center, I fixed the two units which are consist of the four boards in a container box, NF BOX #7. Then, I installed a fan into the box to cool the entire boards in the box. I used San Ace 40 as the fan, it was powerful but a little noisy 🙁 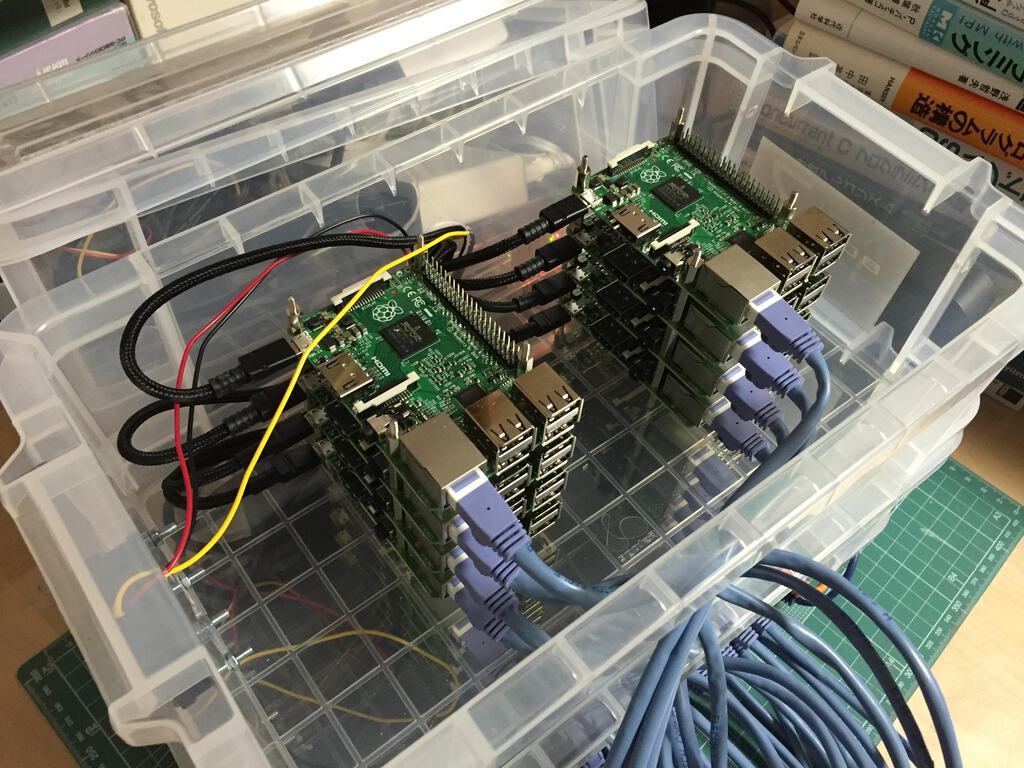 I bought two Anker PowerPort 10 as the power unit, and I could boot the 8 boards using the power unit with no problem. I replaced the original power cables for more short cables to put the power units into the top box as the following. 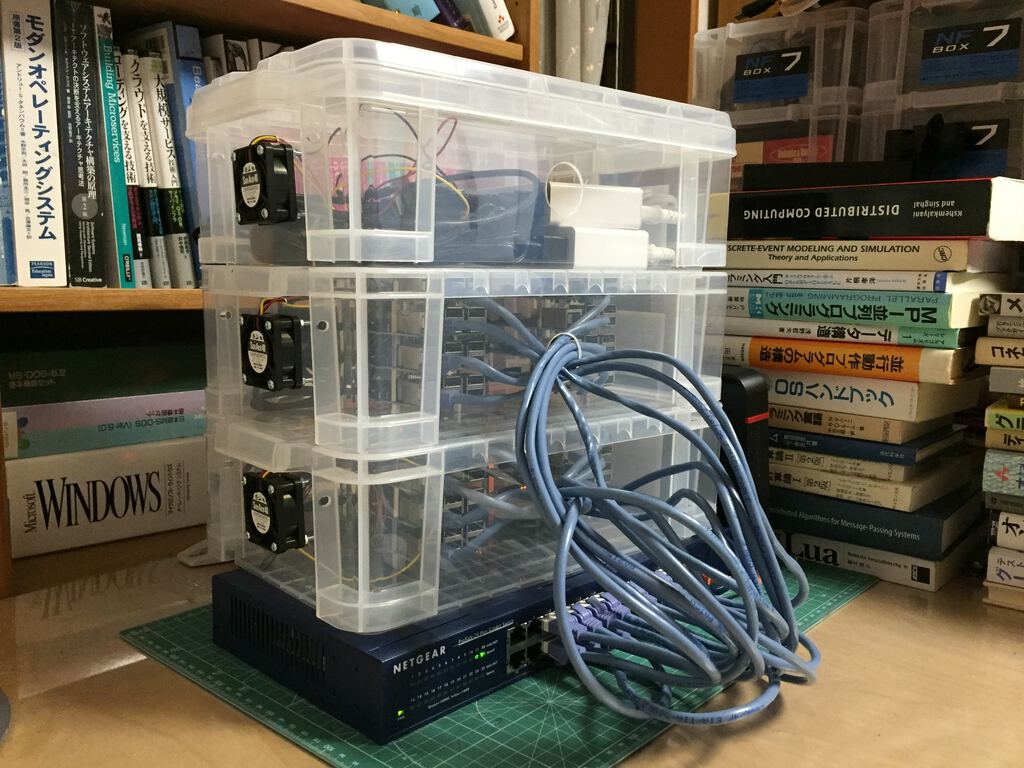 I use Fabric to run same commands on all node in the cluster. For example, the shutdown command halts all nodes in the cluster as the following.

Please check this page to know the cluster in more detail 🙂