I had been back up retro floppy disk images to Magneto-Optical (MO) disks or retro hard disk images to the clone hard disk drives or a non-redundant file server.
In Japan, MO was the most popular media among rewritable optical disks. The media is durable, and the data retention life is estimated to be 50 to 100 years. 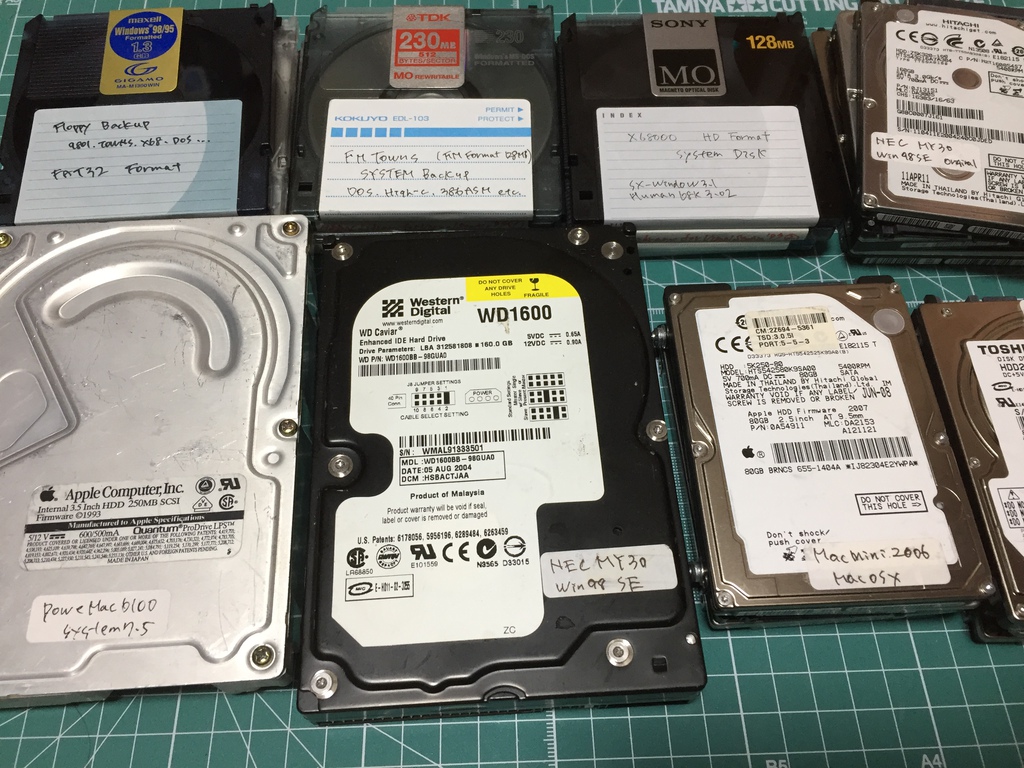 For that reason, I decided to introduce a QNAP server to solve the permanent durability problem of the simple SSD-based file server to store the huge storage image files over 1GB more robustly. 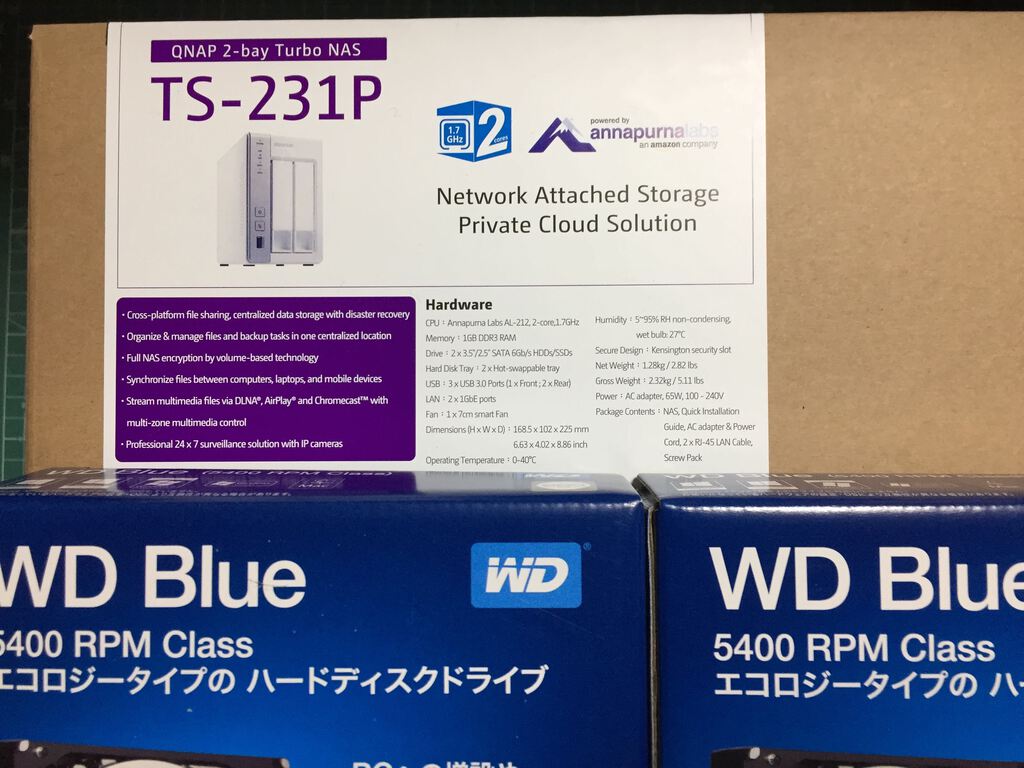 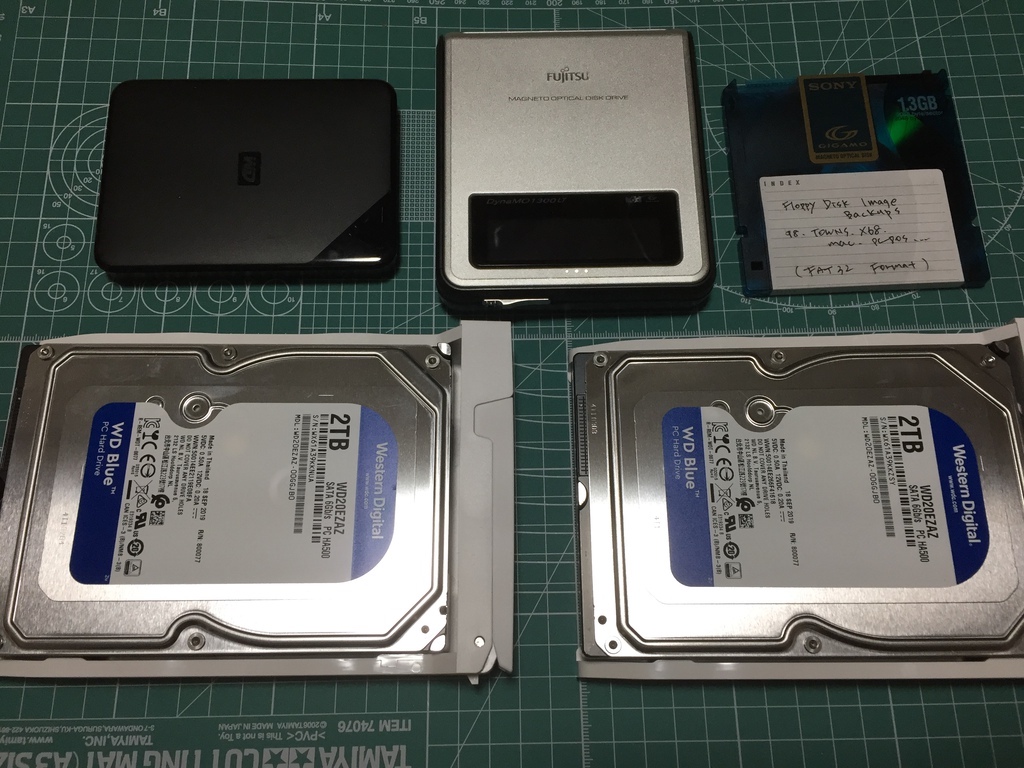 I tried to use a mobile battery (Anker PowerHouse 200) with the QNAP server as an Uninterruptible Power Supply (UPS) for preventing the effects of natural disasters such as earthquakes too. 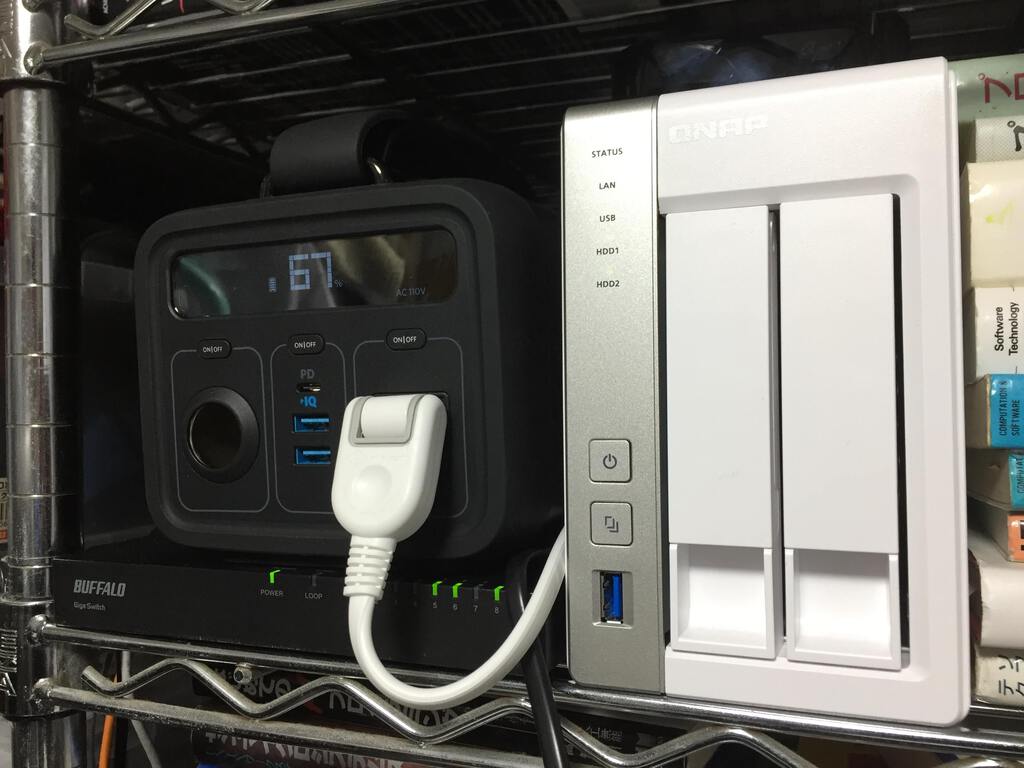 I have been run the NAS on this system configuration for 2 months, but the NAS was terminated abnormally at a time because the power output of the mobile battery stopped while going out.
I think that it might inappropriate to use the mobile battery as a UPS, but I would like to continue to run the QNAP server on the system configuration for a while.

For communicating old Macintosh machines with other recent network machines, I have been maintained a relay server of Apple Talk Filing Protocol (AFP) on Mac mini Early 2005 (Mac OS X v10.3 Panther).
However the QNAP NAS supports AFP protocols, so I tried to replace the Mac mini relay server to only the QNAP server. 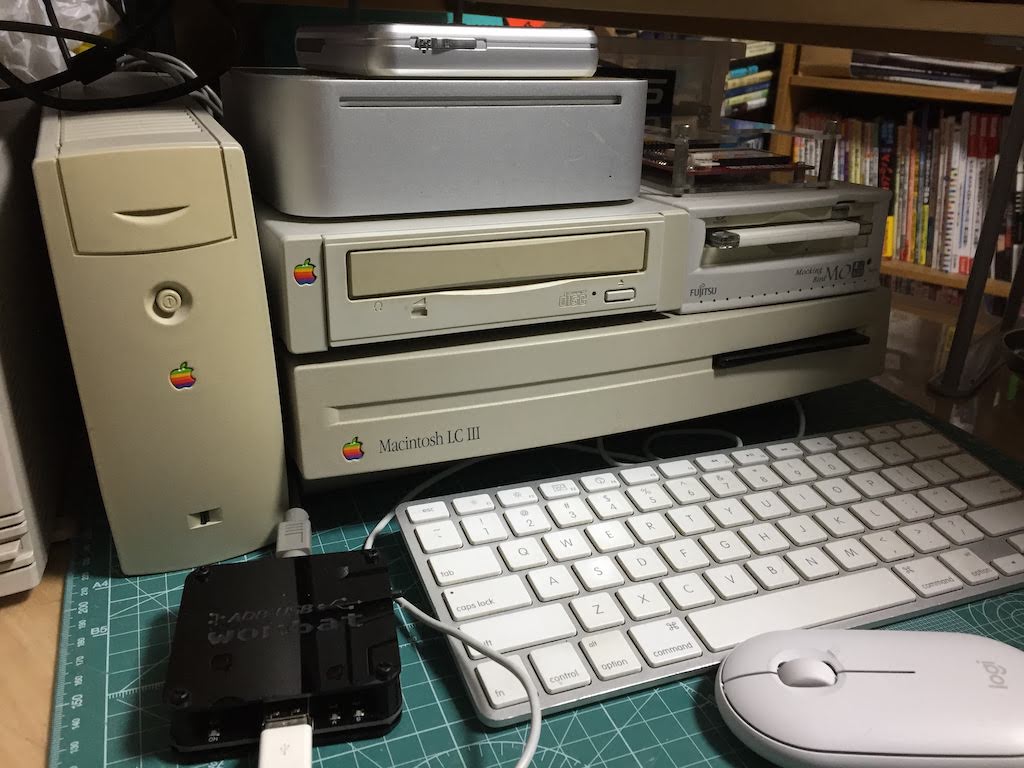 I chose 2TB hard disks for the QNAP server to run as an AFP server for old Macintosh clients because the old file system, Hierarchical File System (HFS), is limited to the maximum volume size as 2TB. 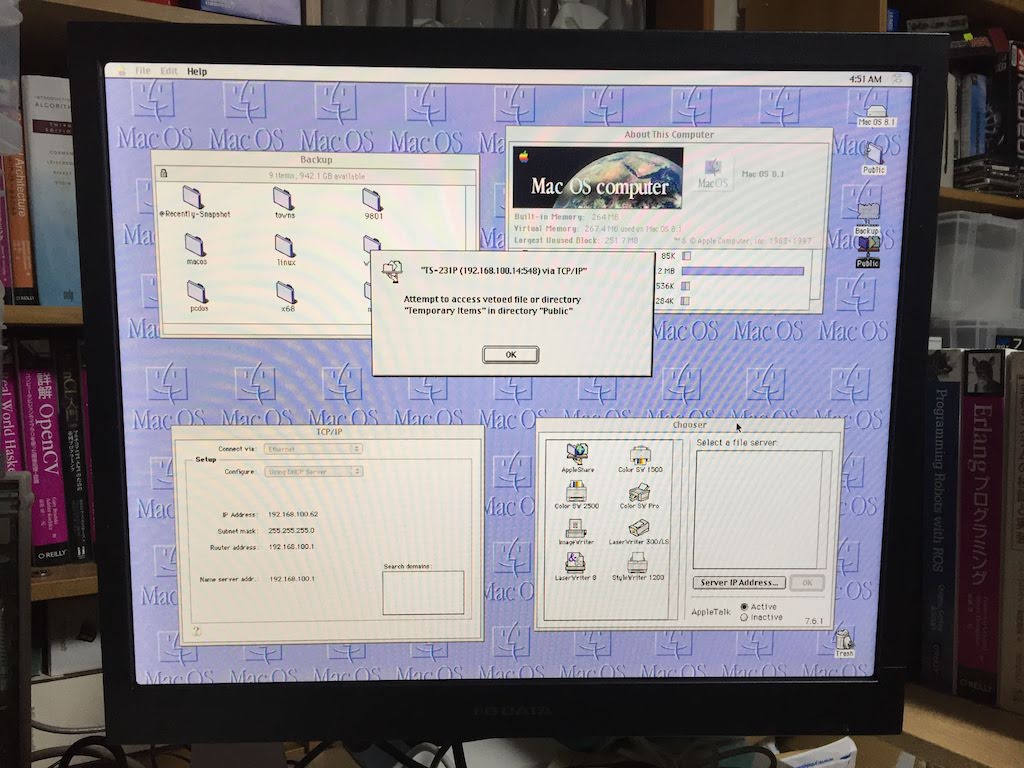 The unknown error dialog appeared about temporary items, but I could connect from MacOS v8.1 to the QNAP server as the guest user and read and write any files in the public shared folder normally.
However, It seems that QNAP server does not support the classic AFP v2.x completely, so I can not connect as a registered user with the password yet.

For communicating some retro Japanese computers which can run Windows95, and I have been maintained a Samba server on Ubuntu 18.04. So, I tried to connect from the Japanese Windows95 machines to the QNAP server too. 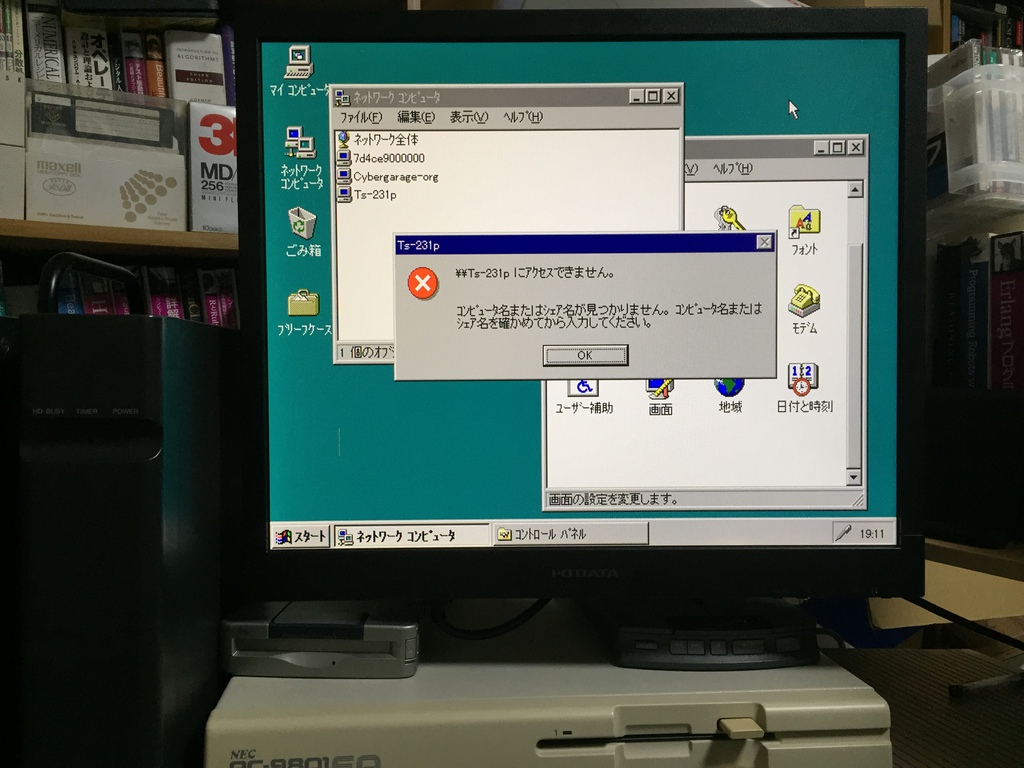 In conclusion, I think that QNAP NAS is a suitable network backup and file server for retro computers including classic MacOS. The QNAP NAS offers various backup options, I would like to mirror the QNAP NAS folders to the current Samba server.